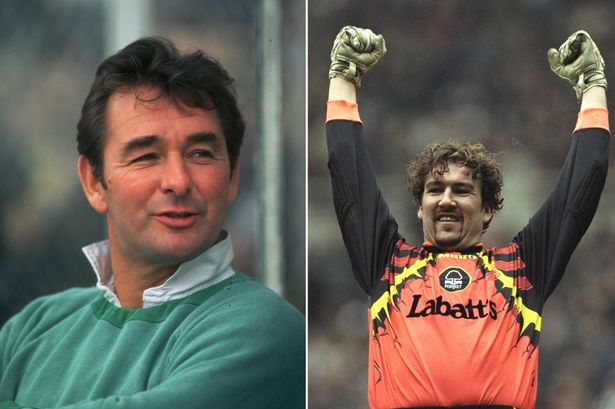 Speakeasy Club is delighted to welcome Nottingham Forest and Wales legend, Mark Crossley to the virtual clubhouse on Wednesday 15th June 2022 at 730pm.

As a player, Mark was a goalkeeper from 1988 until 2011 and he has previously played for numerous clubs in England’s top flight, notably for Nottingham Forest, where he became the only goalkeeper to stop a Matt Le Tissier penalty kick.

Mark also played for Manchester United, Millwall, Middlesbrough, Stoke City, Fulham, Sheffield Wednesday (and scored!), Oldham Athletic and Chesterfield. He earned three caps for the England U21 team, but opted to switch allegiance to Wales and received eight full international caps between 1997 and 2004.

Hosted by Speakeasy Club, Mark will reminisce on some frankly hilarious tales from his career on and off the pitch, Particularly his time at Nottingham Forest with the illustrious Brian Clough, Cooling off with Jimmy Bullard and what it was like representing Wales alongside Vinnie Jones.

This will be followed by a Q&A including questions from the audience.

This is a personal one for us at the clubhouse. My father Big Steve and I have had many fantastic trips to Nottingham Forests home of the City Ground over the years. One of Big Steve’s great university friends Michael (Mick) Cummins sadly died from         at the end of 2019. Mick and his son Jonathan had been forest season ticket holders for many many years and we shared some great times together. Any donations to     as part of the ticket price are greatly appreciated.

– The evening will be held online via Zoom
– The virtual waiting room will be open from 715pm and entry allowed from 730pm
–  Tales from Marks playing and coaching days
–  Question & Answer from the host and the audience.
–  Evening end 830pm

As part of our commitment to being inquisitive, learning about others and ourselves, On the 1st March we launched our #shareyourshirt campaign.

On the evening of 15th June, we will be encouraging you to wear your favourite football shirt. It can be for any reason whatsoever. We want to start conversations with like-minded people, find out about why that shirt and that team. The aim is to encourage people to learn something they didn’t know before, promoting curiosity and openness.

There will be a special prize for anyone wearing a classic Crossley Nottingham Forest shirt!

So sit back in the comfort of your own home surrounded by friends or your own company and join us for a fantastic evening.

We really look forward to welcoming you to the Clubhouse on the 15th June, so sign up through the above link to secure your place and donate to a fantastic charity!

Simon and the Speakeasy Club Team.

To register for this event please visit the following URL: https://www.ticketsource.co.uk/speakeasy-club/speakeasy-club-presents-mark-crossley/2022-06-15/19:30/t-monznaq →